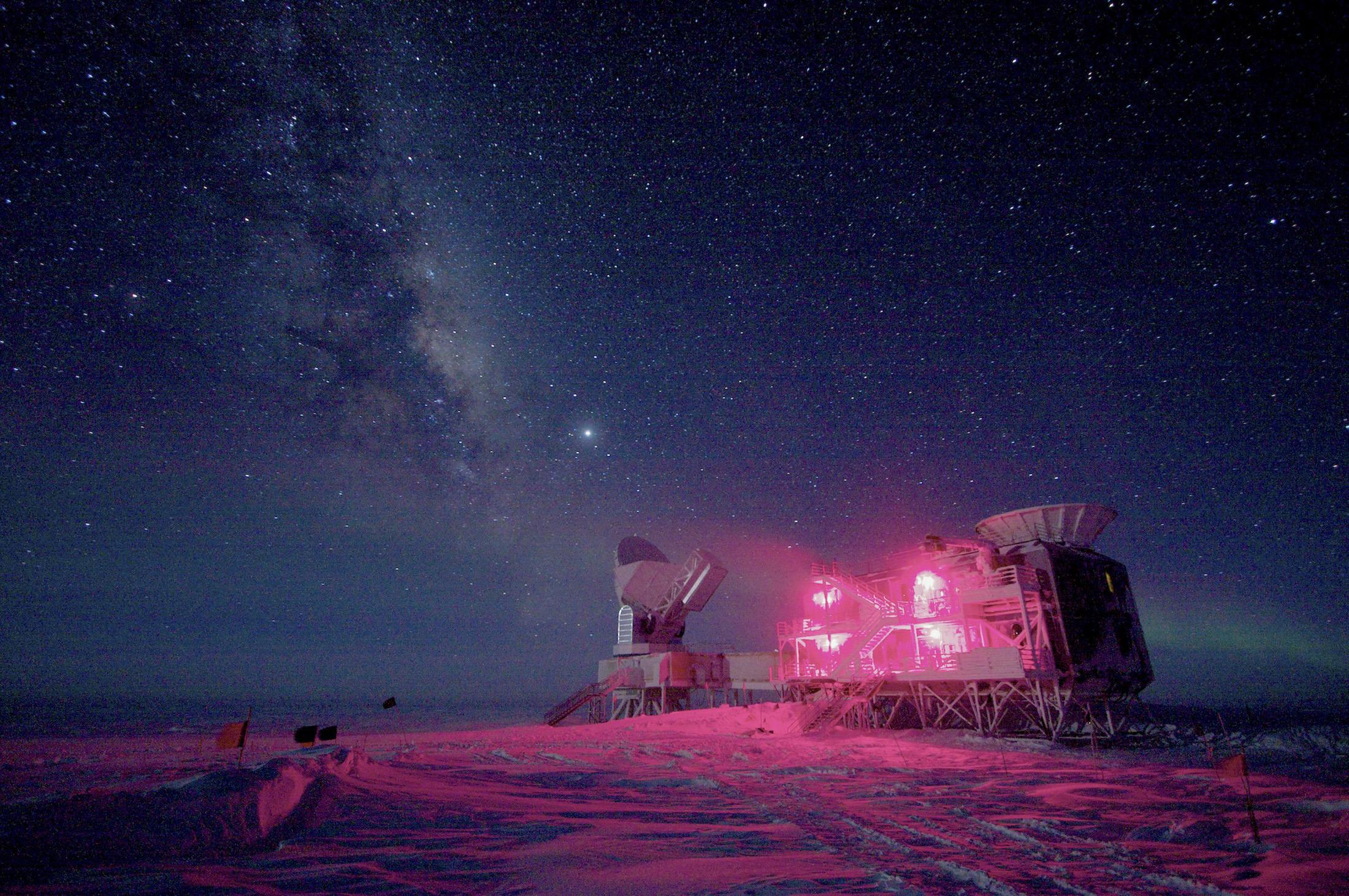 The 10-meter South Pole Telescope and the BICEP (Background Imaging of Cosmic Extragalactic Polarization) Telescope at Amundsen-Scott South Pole Station is seen against the night sky with the Milky Way in this National Science Foundation picture taken in August, 2008. Astronomers announced on Monday that they had discovered what many consider the holy grail of their field: ripples in the fabric of space-time that are echoes of the massive expansion of the universe that took place just after the Big Bang. The gravitational waves were detected by the BICEP telescope. REUTERS/Keith Vanderlinde/National Science Foundation/Handout (ANTARCTICA – Tags: SCIENCE TECHNOLOGY TPX IMAGES OF THE DAY ENVIRONMENT) ATTENTION EDITORS – IMAGE HAS BEEN SUPPLIED BY A THIRD PARTY. IT IS DISTRIBUTED, EXACTLY AS RECEIVED BY REUTERS, AS A SERVICE TO CLIENTS. FOR EDITORIAL USE ONLY. NOT FOR SALE FOR MARKETING OR ADVERTISING CAMPAIGNS