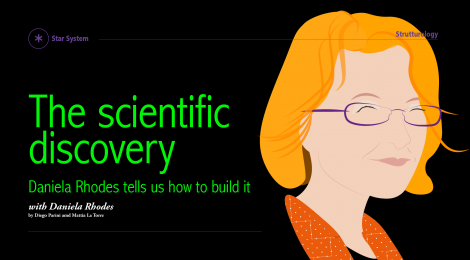 Daniela Rhodes tells us how to build it

You did great science in different fields and different parts of the world. Which are the most significant differences that you have seen?

I think it is challenging to say. In Cambridge (UK), the Medical Research Council Laboratory of Molecular Biology (LMB) is run like no other institution in the world. There is a complete respect for people and their science, and one can work freely — no hierarchy from the cleaning lady to the director, no locked doors, and no titles. Most bosses did not have secretaries, and if you wanted to talk to them, you could do it in the corridors or with a coffee in the canteen. It is not an accident or fluke that a place set up uniquely giving people respect and freedom has ended up with thirteen Nobel Prizes. The hierarchy hinders women because still, in the present society, at the top, there are mostly men. With no hierarchy, everyone is equal.

You experienced that in Cambridge, but I think that wherever you did the science, you have imported this concept?

Oh yes, of course, that is why we did not have titles on the doors in the Nanyang Technological University  Institute of Structural Biology in Singapore. I had group meetings in chromatin jointly with Francis Crick and Aaron Klug, and even with such influential people, I always felt free to raise my hand and say what I thought. Francis Crick always said: “the important thing is to have ideas, it does not matter who has them, and they do not have to be correct. We get rid of bad ideas“. I was never told what to do in a very open-minded environment, but I was inspired to do science. We had group meetings, and we worked to solve problems. I can consider myself lucky since Aaron Klug – a Nobel Prize winner – had never touched a test tube, so he needed people like me to think about what experiment one could do to address this question.

In your idea, what is the recipe for getting the Nobel Prize?

I think you must provide an ideal environment and the funds to give the scientists the freedom to follow their ideas. Of course, if you have centralized funding like Cambridge laboratory had, you are encouraged to tackle difficult problems, even impossible ones. Because what matters is the quality of the questions, the quality of the project, not how many papers you will be able to publish. People were evaluated on how many papers they had published. When Richard Henderson got the Nobel prize, I gave a little speech at the Swedish Embassy in Singapore. I said: “I remember when Richard was developing the method of cryo-electron microscopy, for which he got the Nobel Prize. He published nothing for eight years, but none of us ever thought he was a failure“. You need to have people at the top that understand and trust you and who have the right values of science. Unfortunately, in many scientific institutions, science has been taken over by administrators only interested in finance, how much money you can bring in and how many papers you publish, not actually of the fundamental quality of science or teaching.

Is there any way in which we can find a balance between how many papers we have to publish and the quality of them?

I think you would need to reorganize entirely how science is evaluated. It is effortless to use numbers. I must say that in Cambridge, we never used the citation numbers. You are forbidden even to mention them. Those numbers are an easy and lazy way of evaluating people. Because if you are on a committee evaluating grant applications or even actually reviewing papers, it is so much hard work to do it based on the science than the number of papers. Overall, it is generally true that the better scientists publish in top journals, but it also depends on which country work they publish more. You have this giant group in the US, but they publish for the money return, which is not a very efficient way of doing science. These groups usually consist of thirty people or more. That creates a terrible environment because you often have several people competing within the group on the same project.

How can science help society?

Most great discoveries that benefited humanity were made for entirely different purposes, like monoclonal antibodies. Researchers just wanted to understand antibody diversity, not imagining the application of their research. A fun story on the monoclonal antibody is the researchers suggested to the Medical Research Council to patent it, but the administration decided it was not worthwhile. Now, the monoclonal antibody market is worth twenty billion dollars (USD). The antibody story is a good story of how basic science leads to amazing innovation in drugs or medicine and, in turn, to huge financial rewards –  it is also an example that scientists must be the ones to take decisions on science.

If you could give some advice to young scientists, which would be?

I think there is no point in doing science unless you do not fall in love with it. You must be passionate about it, not excluding an everyday life. For example, I started to do my PhD when my son was born.  You don’t have to be in the laboratory to think. I was fortunate, as I have always been able to work on something I thought was interesting. I had that luxury. However, I know it doesn’t happen to everyone.

Passion and a little bit of luck, then

I think that being passionate and being concentrated. I never worried about my career. I decided not to feel sorry for myself for being a woman. Instead, I have put all my energy into being a better scientist, often better than my male colleagues. I do not think it helps to feel sorry for oneself or sit in a corner and complain. Just be determined. If you do your best possible work, it is likely it will work out. But that can only occur in a fair system. I see now, especially in Italy, that you could be a good scientist, but the people who may decide on your career are incapable of understanding that. They don’t have the right values. I heard a great talk in Singapore in which it was said that universities have become like business, in the process forgetting that their role that is to provide an environment where young people learn to think – the professors’ fundamental role. It’s not just a question of passing exams. We must readdress what universities and research institutions are about. Otherwise, the educational system is going to collapse.

What is crucial is to defend your science. Always defend your science rather than yourself. Because fighting for science is the best strategy, that also gets you much more respect. Science has no sex. It is not male or female. Just choose your fight based on which science you want to do. That is what I would say. You need to find an environment where passion and freedom will give you the chance to do your best science.

Daniela Rhodes, Structural and molecular biologist at the Laboratory of Molecular Biology in Cambridge